The Amazon
Decorative ceramic from Grottaglie. It shows a moustached man in skimpy women’s clothing in memory of an ancient Pugliese rite: the ‘ius primae noctis’.
In Puglia in the 17th century the feudal lord had the right to spend the first wedding night with the bride of his subject.
According to the legend a farmer, overcome with jealousy and the will to defend his honour, decided to rescue his wife from this abuse of power.
He decided to dress up as a woman to offer himself to the lord, indulge him, pretending to be a woman, and surprise him at the end of the evening; other versions claim instead that he disguised himself with the intent to assassinate his lord with a dagger hidden in his clothes.
But unfortunately he forgot to shave off his moustache, arousing the suspicion of the lord who discovered the deception.
What happened to the courageous and jealous farmer?
Tradition divides into two versions: according to some the farmer was executed, according to others he was pardoned for his ardour but as punishment had to yield a considerable quantity of wine to the lord.
What really happened is not known, but one thing is certain; after this the population rose up and managed to overturn the law. 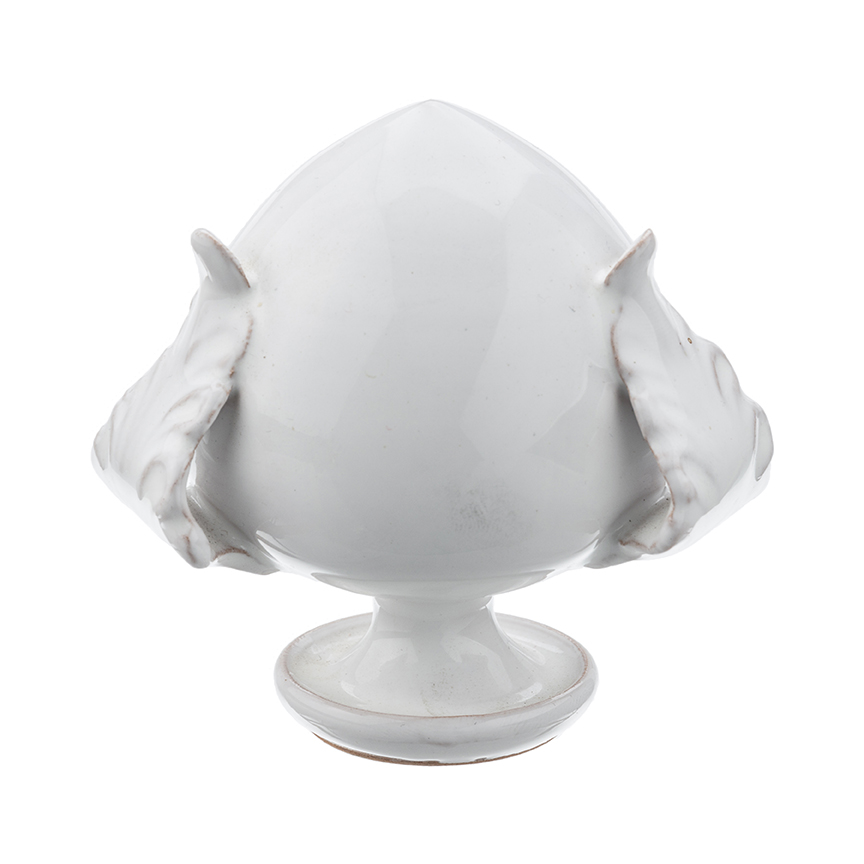 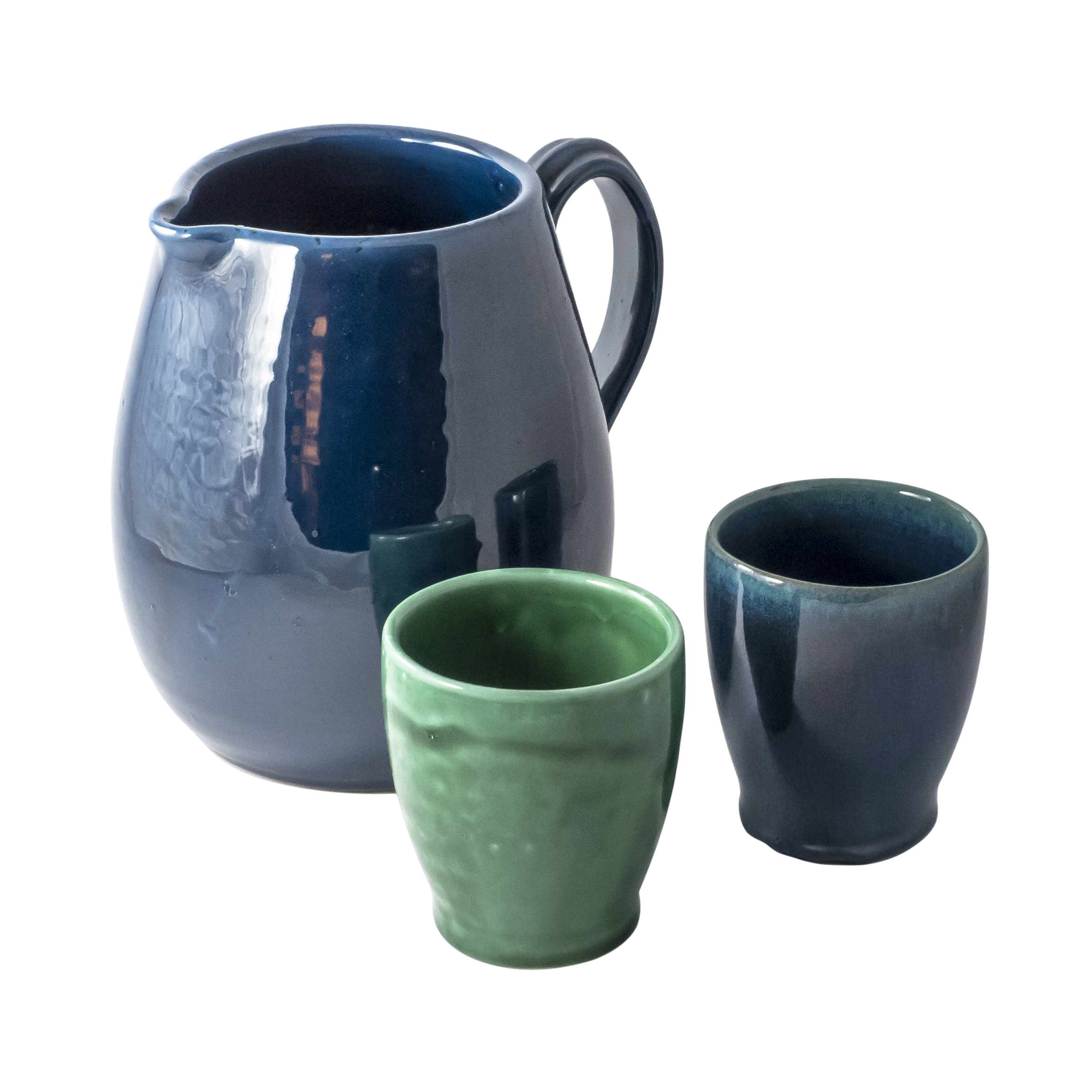 Set of pitcher and 6 glasses 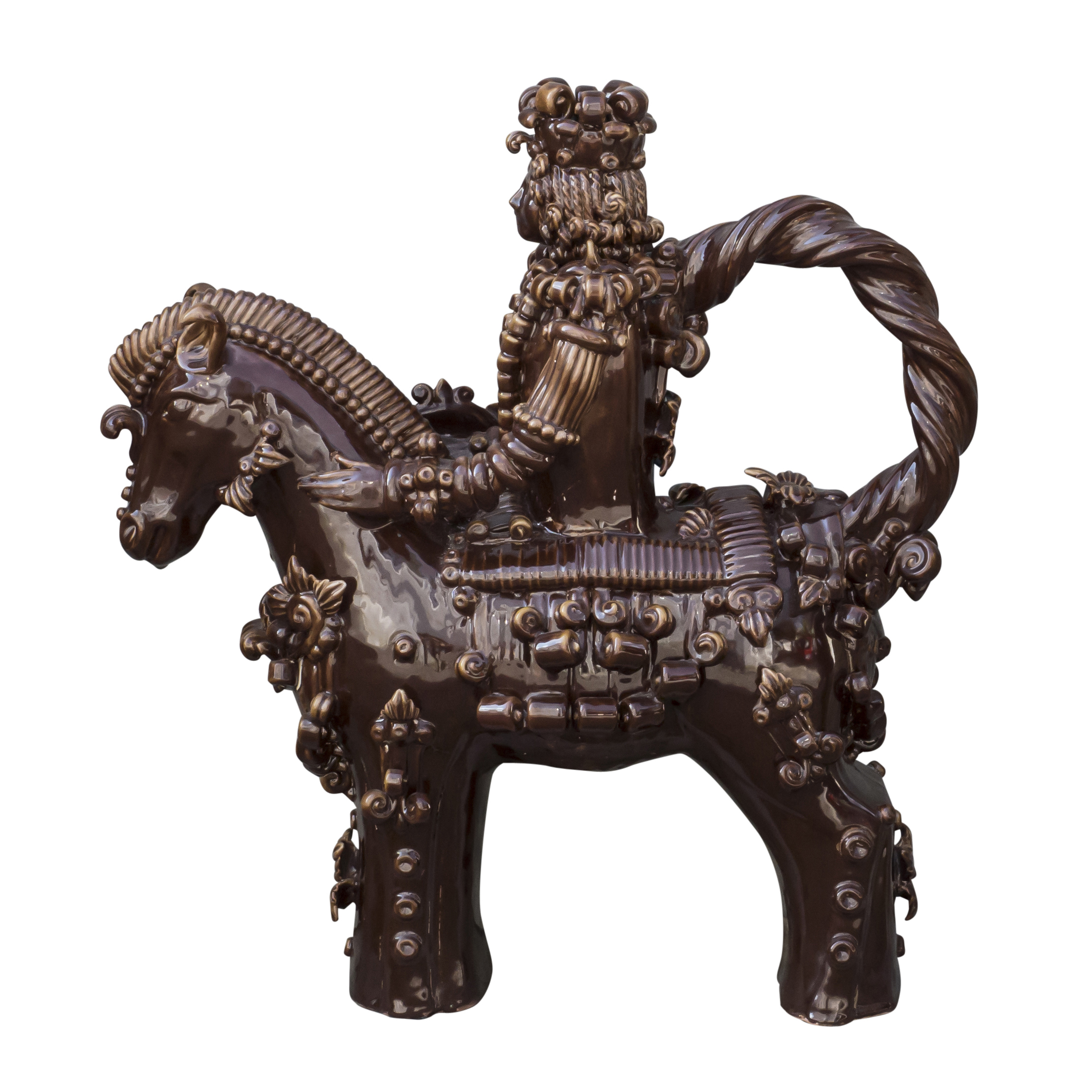